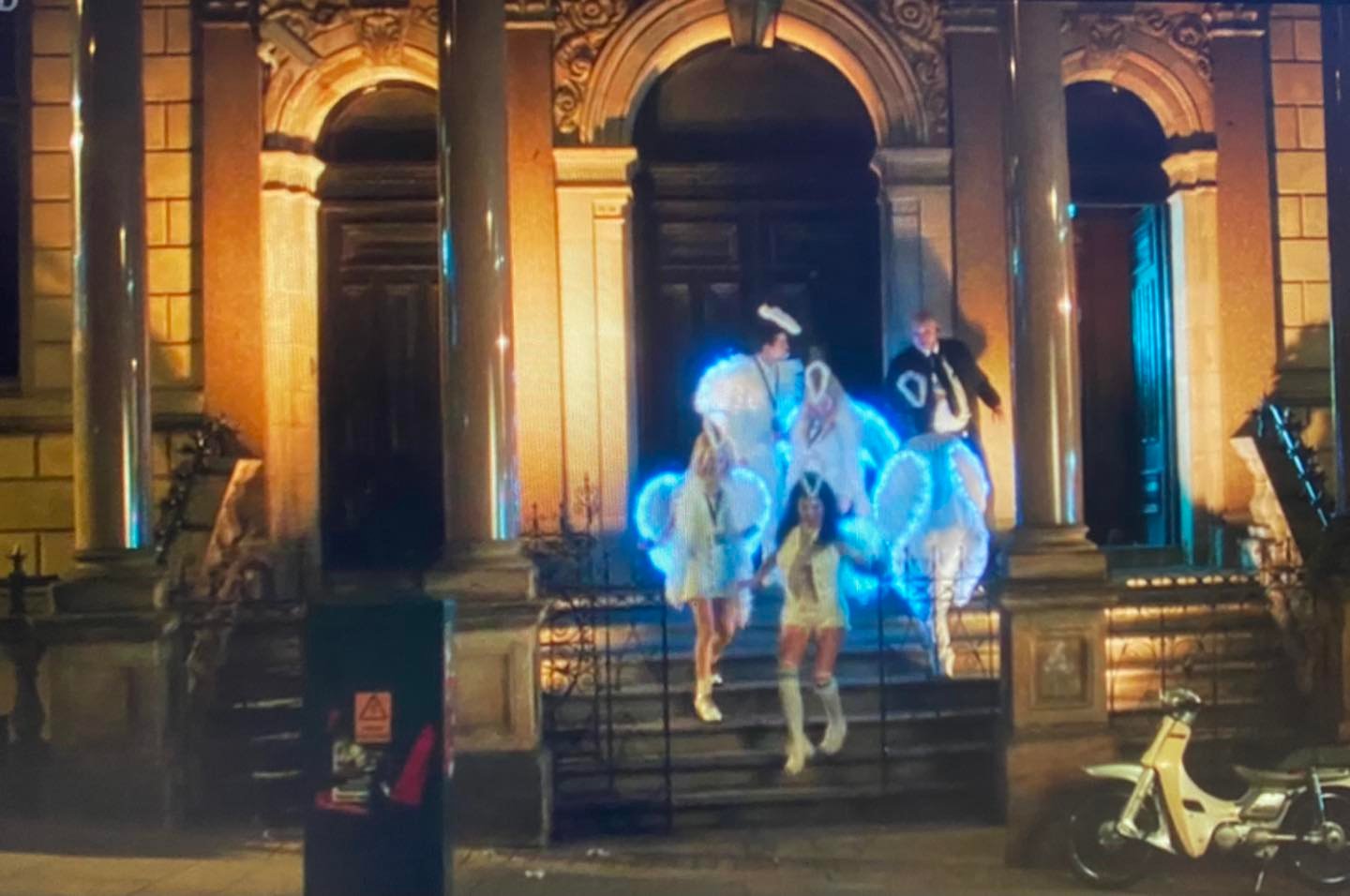 Over the last 6 years, bonafide Derry Girl and writer Lisa McGee, has skilfully translated the humour and charm of her home city to audiences around the world.

Derry Girls tells the story of five teenagers growing up in Derry in the 1990’s. It has been an international hit for Channel 4 and Netflix and for the City itself. So, when St Columb’s Hall had the chance to feature in the show as a location we jumped at the chance!

With funding support, St Columb’s Hall Trust were able to do the essential works necessary to allow the cast and crew to use the space safely. Thanks to National Lottery Heritage Fund, Ulster Garden Villages, Pilgrim Trust and Architectural Heritage Fund.

Broadcast on 17th May 2022, “Halloween” follows Erin, Orla, Michelle, Clare and James as they get ready for the biggest gig of the year. As part of the city’s Halloween celebrations, Fat Boy Slim is performing at St Columb’s Hall.

The episode showcased the authentic history of the Hall and its stunning architecture.

We are so proud to have hosted the #DerryGirls team at St Columb’s Hall. Special thanks to Lisa McGee for a wonderful gift to the city, and to the cast and crew.

St Columb’s Hall has been an intrinsic piece of the cultural, architectural and historical fabric of Derry City since 1886.

The Hall was built from donations from local people and retains a deep connection to the local community. Often called “the People’s Hall”, its grade A listed and located adjacent to the East Wall of the city’s historic Walls.

Over the years, the Hall has been a refuge for the local community, creative thinkers and cultural organisations including Feis Doire Colmcille. It became a hothouse for local talent including Roma Downey, Phil Coulter, Undertones front man Feargal Sharkey and several generations of young people.

St Columb’s Hall has also been the venue of choice for some of the world’s most iconic performers and notaries over the last 130 years.

St Columb’s Hall Trust are a charitable organisation seeking to re-awaken the Hall as a 21st century multi-purpose venue. To find out more about our plans for St Columb’s Hall, click here.